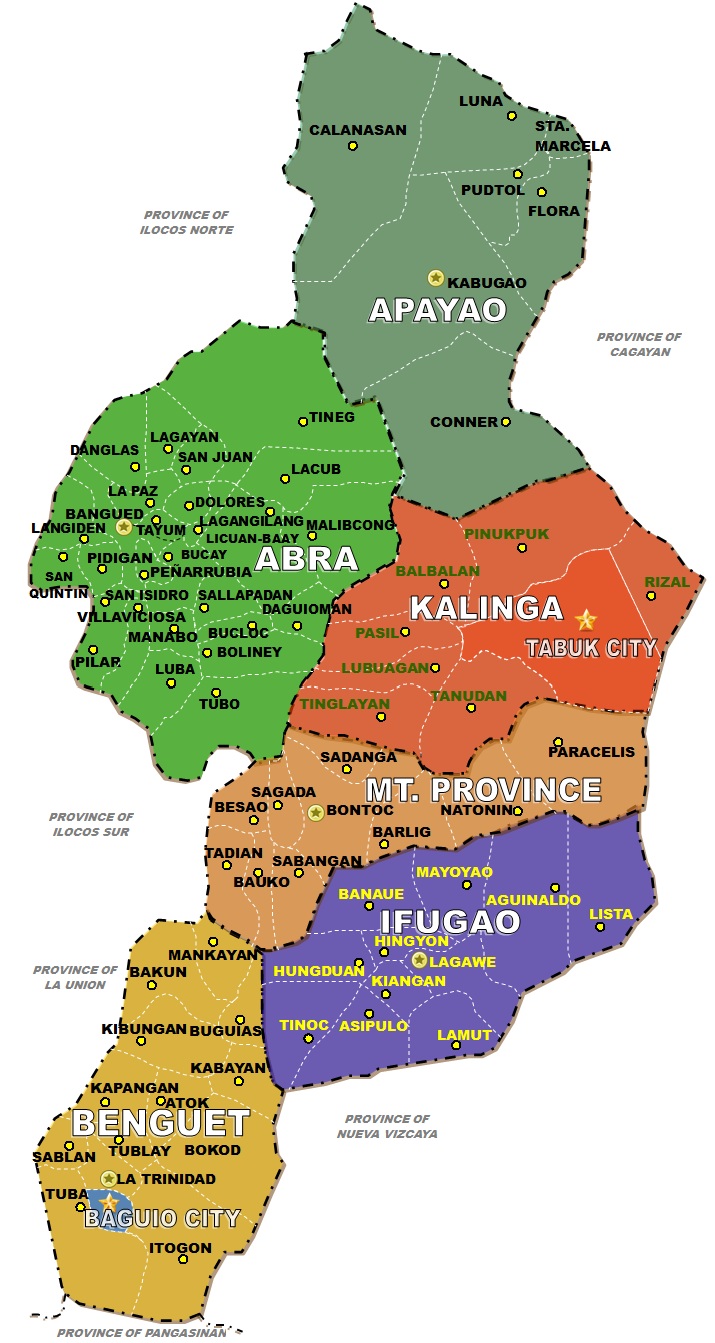 Cordillera Administrative Region (CAR) of the Philippines consists of the provinces of Abra, Benguet, Ifugao, Kalinga, Mountain Province and Apayao. Baguio is the regional center. The Cordillera region encompasses most of the areas within the Cordillera Central mountain range of Luzon, the largest range in the country.

The region is home to indigenous cultures of different tribal ethnicity such as the Igorot, Kalingan, Ifugaos, Kankanaeys, Illian, Baliwon and many others spread in isolated communities in the various parts of the region. Despite differences in tribal ethnicity, the Cordillera peoples have commonalities in costumes, music, dances and even customs.